Plovdiv more preferred to Sofia for work and life

Plovdiv more preferred to Sofia for work and life 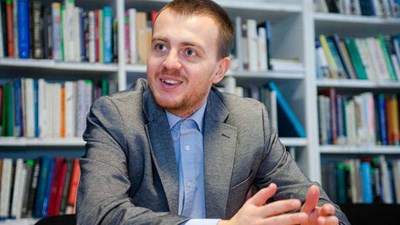 According to NSI statistics for 2019, Plovdiv reports a positive mechanical growth of 3.1%, followed by Sofia with 2.4% and other major cities. This is the highest value the city has seen in the last two decades.

“The positive mechanical growth is a fact both at district and municipal level, which is normal given the the development of the Municipality of Plovdiv,” said senior researcher at the Institute of Market Economics Petar Ganev. He added that there was a freezing of the population growth in Plovdiv in the period 1990-2011, with the process restarting after 2011 and seeing the growth of people who come to live and work in the city. According to him, this is due to two factors – industrial development on the outskirts of Plovdiv and growth in the digital services.

“Many of the industrial lands in the neighboring municipalities, such as Rodopi and Maritsa, have developed, and Plovdiv’s connections with other centers in Southern Bulgaria are good, which has a positive impact,” Ganev commented.

According to IME, employment in the ICT sector in Plovdiv has doubled over a period of 5 years. Between 2014 – 2019, the number of employed people in the sector increased from 2,500 to nearly 5,000 for the entire Plovdiv region (this figure does not include employees in the outsourcing industry).

“Many of them are actually situated in the city of Plovdiv, so this development of digital services in the city and industry in the broad periphery has transformed social development, which is felt by the influx of people in the city,” said Peter Ganev. According to him, Plovdiv serves as an example that a developed economy can pull all other social indicators in a positive direction.

According to Ganev, the dynamics in the digital sector and specifically in information technology will be maintained, despite the pandemic, due to the competitiveness in the sector.

“The pandemic can provoke additional processes. The limited presence in the office substituted by working from home is a chance for Plovdiv, as the second IT center in the country, to develop even more and to attract more young people who prefer to live in Plovdiv than the capital, “Ganev added.

The IME experts also note that Plovdiv stands out as one of the best examples in terms of focused work for the development of industrial areas. According to them, this is due to the position of the city itself, the extensive workforce near it and the appropriate terrain.

“In addition, the undeniably good work of the Trakia Economic Zone team provides additional energy that does not exist elsewhere. In Plovdiv there is a combination of joint work of private entities, municipality and businesses, which gives good results and can be seen from the data and the positioning of Plovdiv in the national conversation as a place where the industry develops, “said Peter Ganev.

The analysis of the experts from the Institute for Market Economy shows that long-term trends, such as the positive change in the industry and the growth of digital services, will remain in force for Plovdiv, unlike other places in Bulgaria. According to senior expert Ganev, it is important how Plovdiv will be able to interact with other active regions in the country.

“The teams responsible for attracting investment are looking for common initiatives and a basis for working together. The planning for the next 7 years shows that the cooperation will be inter-municipal and inter-regional, which will lead to greater regional development and positive changes, “said Petar Ganev.