The interest in the commercial areas remains high 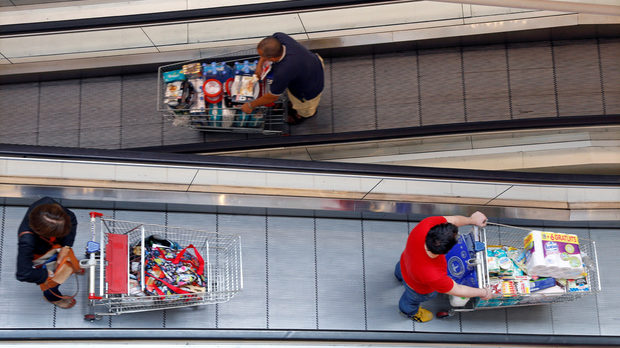 The malls are almost full in Sofia as well as in other big cities, according to the consulting company Colliers

The new rented retail spaces in Sofia malls rose by 11%, or by 16.3 thousand square meters, in the first half of 2017 compared to the end of the previous one. The most commercial area is occupied in Plovdiv – 97%, and Varna – 92%, while in Sofia it is 88%. By the end of the year it is not expected that the offered spaces will increase, which will keep their total volume up to 791.8 thousand square meters. This shows a report by the consulting company Colliers.

At Paradise Center in Sofia in the past 6 months, 27 new stores have opened, at Park Center – 10, and at Serdika Center and The Mall – 8.

The supermarkets and the food chains, followed by the fashion industry, occupy the largest share of the shopping centers – 26 % and 23 % of the areas respectively. The remaining parts are occupied by electronics stores – 14%, shoes and leather goods – 9% and various services – 7%.

The commercial parks are also developing dynamically: JYSK has opened its shop in Jumbo Plaza, and the Yavor furniture and the Komsed Toy Company in Veliko Tarnovo Trade Park, according to Colliers. The trend of expanding the choice of brands and goods in retail parks is maintained and the free spaces in this segment vary between 3 and 15%. The biggest area has the Sredets retail park in Sofia – 37 thousand square meters, and the Jumbo Plaza with 30 thousand square meters.

The company reported a slight decline in the pace of tenants’ shift in the main shopping streets from 5 to 3% compared to the second half of 2016. There is a large increase in free trade areas on “Graf Ignatiev”str., according to Colliers this is due to the renovation activities on the new subway line. The trend is likely to be retained as a major street repair is to be done. Colliers recalls that for the first half of the year, a number of international food chains are entering the Bulgarian market, including the Asian cuisine chain Wagamama, the Spanish burgers Hamburguesa Nostra and the Finnish fast food restaurants Hesburger.

Billa opens in Serdika Center and plans two new sites in Park Center and Mall of Sofia. Kaufland, Fantastico and Lidl are opening new supermarkets, respectively in Sofia, Elin Pelin and Balchik. The international cosmetics chains DM and Lily also increase their stores by 5 and 3. With the fashion companies, the new ones include LC Waikiki with stores in Bulgaria Mall, Mega Mall and S mall Sliven and Forever 21 has a new location in Serdika Center. Technomarket added one complex in Sofia, and Zora in Veliko Tarnovo. Praktiker and JYSK are also expanding their retail outlets in larger cities.