Arup Banerji: Now you can produce where the market is 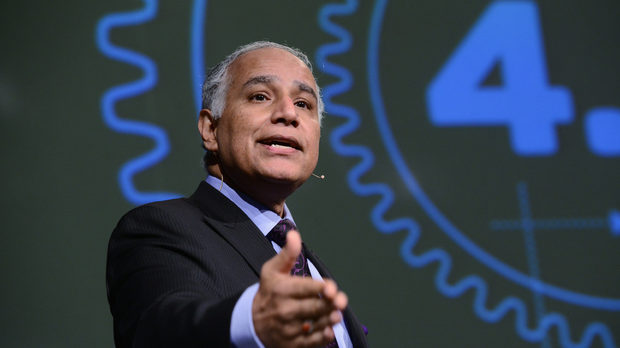 The World Bank Regional Director about the new capabilities of Industry 4.0

“It is important to understand that this is the future we already live in,” said Arup Banerji during the conference “Industry 4.0”, organized by Capital, the Municipality of Plovdiv and Trakia Tech

How does our world change?

– There are human and technological factors. The automation and additive production (such as 3D printing) on ​​the one hand and the reduction of the labour force and the aging of the population on the other. Unfortunately, the two groups interact in a way that only reinforces their effects negatively. What happens to the process of production? The cost of the human labour will not fall, but the price of technology, what machines can do for one euro falls dramatically. More and more processes, especially routine processes, will be automated. That is why the role of a man will be reduced. The best example: iPhone. It is made mainly by the Chinese company Foxconn. Foxconn hired millions of workers, but now they are turning to factories that are almost entirely robotic – less than 10,000 people are supervising the work of hundreds of thousands of machines.

At the same time, additive production means that there will be no need production to be where the price (of the labour) is the lowest. You can produce where the market is – there is no need to produce where the labour is cheap and then invest in logistics, so that eventually everything can be assembled in Germany or in the USA. You can make the design and then a machine in the place of the market can produce the product quickly, you can change different designs and models instead of investing each time in a new machine.

This means that the problems in the future will not be related to the production itself. No one will move on to robotics fast. Creativity, interpretation, problem solving, design – the production part is easy, but the creative part can not be replaced.

In this regard, what is the World Bank Group’s strategy towards the Fourth Industrial Revolution, and in particular its effect in Eastern Europe?

– Our mission is to invest in partnership with countries around the world and in Eastern Europe we are doing it in almost every sector. Our main objective, I emphasize, is to improve the well-being of the poorest people in society. This is our focus. That is why I pay particular attention to education, inclusive education. We can make the countries progress economically – a rapid growth can be created, focused on a small group of rich people, but this will not lead to inclusiveness and it will not solve the problems we are talking about.

So, part of our business all over the world and in Eastern Europe is the investment in three broad areas. Creating infrastructure and connectivity, investments to support the human capital – in education, in the labor market, in the health systems, which leads to greater engagement in economic processes, and finally, with particular importance – investment in innovations, investments which allow the countries to progress and jump over their borders. We do not want to be just a part of economic growth, but to be a part of the inclusive economic growth – one that affects all parts of society.

When last year the World Bank Group and Bulgaria announced their partnership, the loss of staff due to migration was mentioned as an urgent problem. How will the Fourth Industrial Revolution affect the labor market and can it be a chance for Bulgaria to attract a workforce according to you?

-This is a great opportunity. As I said earlier, we want to make people want to work in their own countries. People do not work abroad because they want to leave their homes. If the opportunities are available, the attractiveness is great. The best young people in Bulgaria and other parts of Eastern Europe will want to work here if they have the opportunity. This is a chance for innovation instead of predictability. The young people abroad are getting exactly this. The chance to get a decent remuneration for work can keep you home.

Very important and at the same time problematic in many cities in Eastern Europe is the surrounding environment – it should allow a good lifestyle, including good schools, good health, clean air. Therefore, drawing the attention to services and urban planning is essential to capture the benefits of Industry 4.0 for Eastern Europe.

How exactly does the World Bank Group address these areas?

– In 2016, Bulgaria and the World Bank Group signed a partnership framework, setting up the spheres where we will focus our mutual work. There were created two spheres, the first focusing on the institutions. Our task here is to improve what I mentioned, the processes of work, the rule of law, the regulations, the most basic structures that improve the public administration.

The second sphere is dealing with people and increasing the inclusion. We cooperate with Bulgaria through a variety of tools. One of the current large loans is to create a strong and flexible bank deposit insurance system that will allow secure financing for all Bulgarians. Also, we are working in the energy sector and looking for the best opportunities for Bulgaria. We are also involved in the transport and rail sector – we find where Bulgaria needs investments and where to obtain a financing, because not all the money can come from the public sector. And we are also working in the education sector that is involved in solving these problems.

Since we are in Plovdiv, I have to say that we would like to increase the work with the municipalities in Bulgaria. Sofia is an international city, the needs of the people are not that high. But there are many parts of Bulgaria where the needs are considerable. We would like to focus there. Over the next two – three months, we will specify the focus of the next two years of our partnership and we will negotiate actively with the government. I think the two spheres which I mentioned will remain an essential part of our partnership. This will allow Bulgaria to be innovative, but also inclusive.

The interview was taken by Joanna Ivanova

“Drawing attention to services and urban planning is essential to capture the benefits of Industry 4.0 for Eastern Europe.”