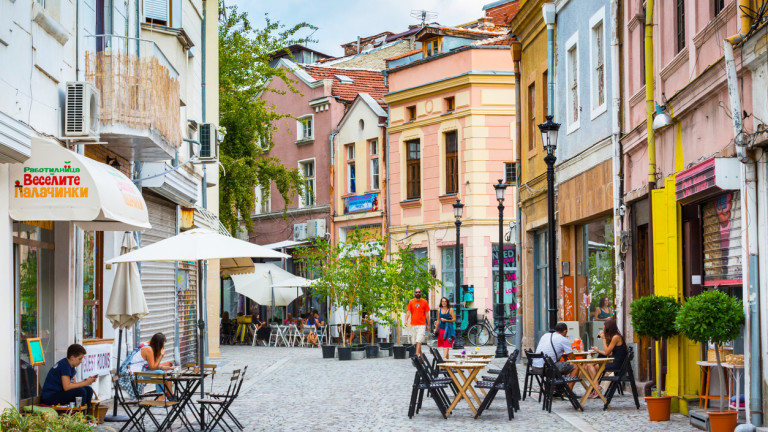 For the last year in Plovdiv were created more new working places than in the whole North Bulgaria, shows the data of the Institute for Market Economics. The city is also on the first place for salaries growth. From 86% in 2011, for the same period for the average salaries, ithere are now 90% of the total earnings from those in the whole country.

The IME data indicates that 70% of the new jobs are available in one of the four areas – in the capital, Sofia-region, Plovdiv and Stara Zagora. In South Bulgaria, they were 145 000, and in Norhh only – 27 000.

In Northwestern Bulgaria, excluding Pleven, the employment stays far from its highest levels for the last decade. In South Bulgaria unconvincing positions regarding the employment level show regions – Sliven and Kardzhali.

In this year’s edition of “Regional profiles: indices for development” the region with the strongest economy remains the capital. The regions Gabrovo, Stara Zagora, Varna, Ruse also are characterized with very good economic indices.

Characteristic feature of all the leading regions for economic development is the high flow of investments which leads to creation of new work places, higher earnings and better standard of living. On the contrary, at the bottom of the economic growth are the regions – Pazardzhik, Vidin, Sliven, Silistra and Kardzhali, as the common link between them is that they all are suffering of lack of private investments. This, from its part, automatically leads to high unemployment level and narrowed employment, low earnings and high levels of poverty.

There are other common characteristics between the “rich” regions, on one hand, and the “poor”, on the other. In those – leaders in economic growth are shown very good ratings of the administrations, for the infrastructure and the low level of taxes. In those slow regions the ratings are exactly the opposite – poor infrastructure, nontransparent and slow administration, and also low level of those using the Internet.

In the last years, with the increased economic growth from 2014 until now, can be seen also new widening of the scissors between the regions from the perspective of their prosperity. Thus, the richest region (the capital) and the poorest (Sliven) differentiate about 4.5 times of GDP per capita of the population.

Sofia remains the sole region in the country, where the average salary is higher than that in the entire country. “The concentration in the capital of the current and newly created working places with the highest remuneration do not indicate recent change in this tendency”, comment from the IME. From the Institute for Market Economics showed also data of the levels of local taxes and fees. In the last 2 years can be seen a rapid increase of the taxes – 62 cases in 2017 and mainly in those of the real estate properties and vehicles above 101 h.p. (74 kV).

In 2017 the Ministry of Finances gave interest-free loans to seven municipalities, which needed financial recovery, amounting to about 20 mln. BGN Levs. Other 64 mln. BGN Levs obligations of municipalities were put in instalments. According to the IME the granting loans is not a solution for the chronical problems and they propose 2% of the income taxation to remain in the municipalities, this being made automatically on the Personal Identification Number of the tax-payer –  the money goes where the person has been registered. This is a resource within the framework of 634 mln. BGN Levs (for 2018 year), which means to nearly double the proper tax revenues of the municipalities.