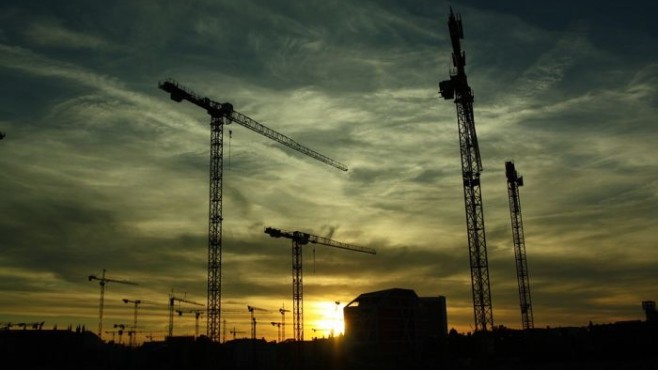 Plovdiv is a categorical leader in the industrial construction

The construction of dwellings and industrial buildings is a leading engine of the sector, according to the data of the National Statistical Institute (NSI)

The construction of residential and industrial buildings in Bulgaria is showing strong growth rates in the first half of 2017, according to data from the National Statistical Institute (NSI) for construction permits and started buildings for the period.

The revival of the construction is also reported in some of the other regions in the country with good communications and transport, such as Stara Zagora, Dobrich, Blagoevgrad, Haskovo, where the main growth comes from the residential and the industrial construction.

If the construction permits are considered to be a future indicator of activity in the construction sector, at least as long as all projects are being realized, the residential and industrial segment will be most active over the next few years. The capital, Plovdiv, Varna and Burgas are again the most active construction sites along with cities like Stara Zagora, Shumen, Blagoevgrad, Pazardzhik and others.

The issued construction permits of new residential buildings in Bulgaria for the period January-June increased by 24% compared to the same period last year and the permits for new dwellings – by 33.5%.

For the group of other buildings which includes production and warehouse spaces, the growth rate reached 57% on an annual basis for the period.

Only in administrative buildings there is a decrease of almost 14% of the issued permits, although the tendency is to slightly increase the area, ie. there are building fewer, but larger office buildings.

The data shows that the rates of residential construction in the capital and Plovdiv are almost identical given the concentration of jobs in both cities.

In the construction of administrative buildings Sofia is the most preferred and in this segment the activity remains stable in both cities.

Plovdiv, however, is an absolute leader in the industrial construction. In this respect, the city faces competition only from Stara Zagora, because of its proximity to the Trakia and Maritsa highways and the good communications.

The Black Sea Coast – at a moderate pace

The activity in the construction of office buildings is stable, concentrating mainly in Varna.

However, in the both regions there is a double growth of the issued construction permits for the category – other buildings ie. a strong push for the industry in the region is expected, which can also provide additional support to the residential sector.

Similar are the trends in the construction of other buildings in the two of the leading Black Sea regions.