After the record 2017, the real estate market in Bulgaria is heading for even greater prosperity 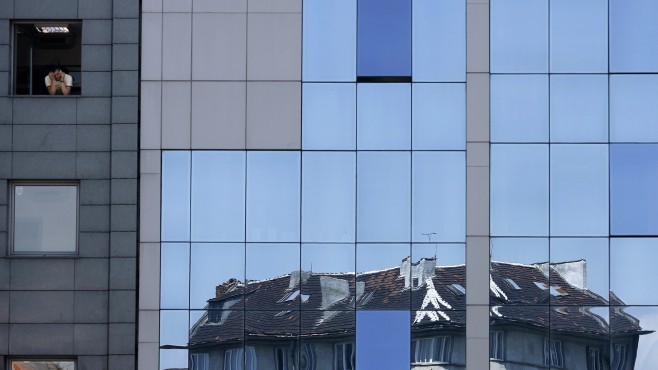 After the strong year for investments in retail spaces, offices, industrial and logistics spaces, the hotels will begin to make up for in 2018

The real estate market in Bulgaria has made progress last year, registering record levels in a number of major segments. Indicators show that the growth will continue, wrote Mrs. Iglika Yordanova, executive director of Colliers International in Bulgaria, in an analysis for the website Emerging-Europe.com.

In the field of investments and the office spaces, outstanding results have been achieved, with outsourcing and the automotive industry contributing to the booming market. The investment market had a record year in 2017, with total sales volume reaching 957 Million euros for the first time in the last ten years, according the data of Colliers.

The activity of international buyers was intense, which prevailed over the local buyers, for the first time since 2012, Yordanova writes. The South African funds took the lead, contributing to 71% of the total volume of transactions, attracted mainly by the shopping centers, followed by the offices. For the year, there is also a contraction in yields, as a result of the positive development and the huge number of large-scale transactions with high-quality income-generating assets.

The forecasts are that after the strong year of investments in retail spaces, offices, industrial and logistics areas, the hotels are likely to catch up with the lag in 2018. The strong demand from the end users remains among the advantages of our country, which can further increase the investors’ interest.

The office space market also had a record 2017, with a total volume of space utilized, exceeding 200 000 square meters, which marks an annual growth rate of 55%. The segment has not achieved such a growth for ten years. The market’s specificity is the large number of transactions with properties under construction, because of the shortage of modern office space available. In 2017 the free spaces was 9%.

IT and outsourcing companies have been the main drivers of demand over the past few years. The contribution of the outsourcing sector to the total number of transactions is evident, with its 53% share in the deals in the second half of last year. In addition, the sector is clearly becoming a priority for the economy of the country as a whole and now forms a share of 3.6% of GDP.

Another sector with a similar share of GDP (4%) and growing importance for the country and specifically for the property market is the automobile sector. According to the latest research of Colliers International, Automotive Cluster Bulgaria and PwC, made last year, the automobile companies in the country, producing components for leading international automobile brands are 130 and employ over 37 000 people.

These are primarily first-, second- and third-level/tire suppliers, including manufacturers that serve other industries as well. The components produced in Bulgaria are designed for leading brands such as Tesla, Audi, Mercedes-Benz, BMW, Mini Cooper, Porsche, Bentley, Lamborghini, Ford, Nissan, Seat, Alfa Romeo, Volkswagen, Volvo, Renault, Mitsubishi, Skoda and Fiat. For example, 90% of the airbag sensors in European cars are produced in Bulgaria.

The indisputable advantages of the country identified by the survey include strategic geographic position, EU membership, tax incentives, low taxes and operating costs, the currency board, the diversity of educational institutions. All of this, along with some of the lowest corporate tax rates in the EU of 10%, well below the rate of 16% in Romania, 19% in Poland and 21% in Slovakia, make Bulgaria a favorite location for the automotive industry.

The other major segments of the property market in the country – the commercial spaces and industrial and logistics spaces, though not improving records, continue to grow steadily. The segment of retail space, which was most attractive to investors in 2017, is likely to experience higher dynamics – changes in the type of tenants, transformation and reconstruction, resulting from the change of ownership of some of the shopping malls. The attractiveness of retail spaces will grow proportionately with the continued diversification of the mix of tenants.

The potential of the industrial and logistics market can evolve, largely influenced by the expansion of the automotive sector. The state-owned industrial zones are likely to enjoy increasing popularity, thanks to their strategic location, the fast access to major thoroughfares and technical infrastructure. The construction of speculative areas will continue, with 55 000 square meters expected to be completed in 2018.

Because of the acceleration of growth in most major property segments in 2017, the leitmotiv of 2018 is expected to be even greater prosperity in the market, Yordanova concluded.