The companies’ incomes and profits are rising 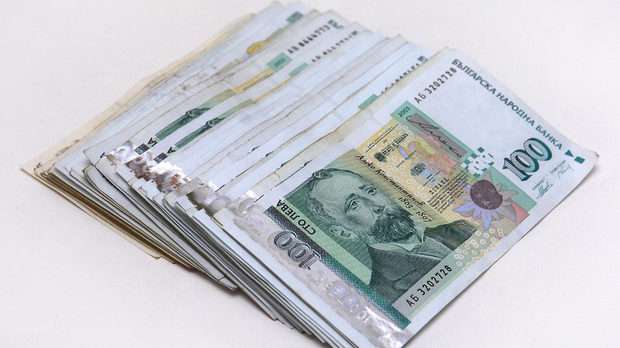 The data of the National Revenue Agency shows a slower business growth in 2016 and “The capital’s” chart of the 300 largest companies shows that the reason is in the low international prices of fuels and metals.

The economic exhilaration in the last year has a positive impact on the companies in Bulgaria in 2016. However, in the previous year, when a record in annual increases was recorded, last year there was a slowdown in this trend. This does not mean there is no improvement. On the contrary, the companies’ revenues grew to 332.7 billion BGN levs, or 1.5%. In the profits, the increase is more visible – almost 6%. This shows data of the National Revenue Agency (NRA) for last year after processing the income-tax returns of the companies, provided after a request of “The Capital”.

The explanation for the weak growth of incomes is given by the ranking of the largest companies in Bulgaria “The Capital 100” (see the box). It is clear which companies have a weak year: the fuel, metal and construction companies. The first two groups shrink their turnover for external reasons: the international oil, gas, ferrous and non-ferrous metals prices were low last year and this automatically shrinks the revenues. In the construction sector there were no public orders and this shrank the business of infrastructure companies by a third. A very strong year had the manufacturers of machinery, equipment and food. And traditionally growing are the IT companies.

The data of the National Revenue Agency does not have a revenue breakdown by sectors, but it clearly shows companies in which sectors have the most profits and losses. The winning champions in absolute amounts are the manufacturing industry, trade and banks. The biggest contraction of losses is in financial, insurance, transport and real estate sectors.

The number of active companies increases by 17.3 thousand to 322 thousand. At the same time, however, the inactive companies also increased – 10% to over 193 thousand, and the annual increases in 2016 did not even close to the values ​​of the previous reporting period.

The Revenue agency data shows profits improvements. All the working, over 300 000 companies, reported increase of profits of over 20.2 billion BGN levs.

A verification of the National Revenue Agency reported that the reported positive financial result rose by 1.5 billion BGN levs and the losses shrank by 750 mln BGN levs. Of the total reported net profit of the companies in Bulgaria from 14.7 billion BGN levs last year almost 18% is made by the top 100 largest companies in “The Capital 100” ranking.

With a lower average revenue, the stronger result means higher profitability – the total net margin for all companies in the country is 4.4%, ie. of every BGN lev income of a company there is a 6 cents profit. Year earlier the profitability was 3.9%. The last two years are strong because there are no huge losses. The record low was 2014, when the reported total plus was 16.5 billion BGN levs and the reported losses were 11.5 billion BGN levs, or the net profit was 5 billion BGN levs, which is a margin of only 1.8%.

“The Capital” again has drawn up a ranking charting the 300 largest companies in the country on their earnings. The data is for 2016 and contains indicators such as profit / loss, assets, employees, liabilities. The ranking covers the top 12 sectors with the largest contribution to the economy, with the different classifications show the financial performance of between 10 and 40 companies in the sector.

The subscribers of “The Capital” will receive the issue together with their newspaper on July 7 or they will find it online in the K: PRO business area.

All other readers will be able to find the ranking in the online store or order it online.