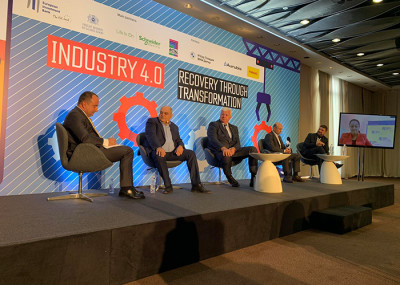 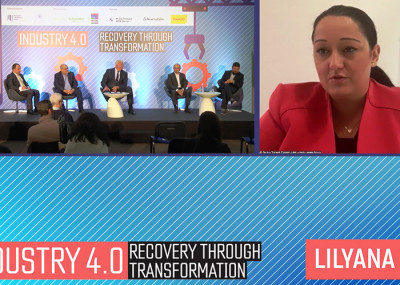 The event highlights the challenges COVID-19 posed to the business. The focus of the forum was the future development of the regions through the interaction of industry and local government.

“Plovdiv is the fastest growing city in Bulgaria and serves over 500,000 people daily. This calls for serious investments so the city can effectively cope with the economic, demographic and social challenges that follow from its growth, “said the mayor of Plovdiv Zdravko Dimitrov. He also mentioned that in the last 10 years a large team of local institutions and businesses has made great efforts to develop the Trakia Economic Zone.

Mayor Zdravko Dimitrov further stressed that the municipal budget is 345 million and only 15% – for capital expenditures, which is not enough for the development of the city. “We have pending projects for nearly BGN 500 million, which will help solve most of the problems of the urban infrastructure. We will also seek funding through various financial instruments and will not solely rely on Operational Programs,” said the mayor.

According to him, the next Programming Period gives the chance to develop joint projects under the new OP “Development of Regions” and Plovdiv will take advantage of this opportunity. This is one of the main axes along which the municipality will seek additional funds for the implementation of important for the three municipalities projects. According to preliminary estimates, through this OP we expect BGN 70-80 million for the entire Programming Period, which will not be enough.

Plovdiv has already established connections with Sofia Municipality for national co-operation of the major industrial centers in Bulgaria, which aims to build a unified strategy for turning Bulgaria into an attractive investment destination. This was announced during the forum by the Deputy Mayor for Education and Business Development Stefan Stoyanov, one of the visionaries of this partnership between the municipalities.

The idea of the co-operation is through joint efforts, resource sharing and a unified marketing strategy for our country to increase investment from and attract more international companies. In addition to Sofia, joint actions with Stara Zagora, Burgas and Gabrovo have been initiated, and talks will be held with Varna and smaller municipalities.

During the discussion, Trakia Economic Zone served as a successful example of the development of a cluster of areas for attracting investment and economic development.

“To date, it is reported that 50% of the region’s GDP is concentrated in manufacturing, which is extremely important for the sustainable development of the region,” said Stefan Stoyanov. He stressed that the first international research center with direct funding from Europe and with the help of the state and the Municipality is being built in Plovdiv – PlantaSYST. It focuses on plant protection and biotechnology.

According to Lilyana Pavlova, Vice President and Member of the Management Board of the European Investment Bank, the largest financial institution in the EU offers extremely good financing conditions because it does not seek money from lending. It also allows for 20-30 year grace periods that no other bank can afford. Another important advantage is the ability to provide free technical assistance in the implementation of projects, which is a very beneficial for both public institutions and businesses. The EIB finances projects for energy efficiency, urban environment, green urban transport, water treatment and waste management. Pavlova acclaimed the far-sighted policy of the Municipality of Plovdiv to seek various financial instruments for the implementation of its major urban development projects and hopes that other municipalities will follow the example of Plovdiv.

According to her, the COVID-19 crisis puts to the test local authorities, the state, businesses and financial institutions and calls for action on their side to welcome digitalization and adapt to the new reality. To do so, it is necessary to think big about establishing new clusters to increase competitiveness.

According to Martin Danovski, Chairman of the State Agency for Research and Innovation, Plovdiv is a brilliant example of how research projects are implemented in practice and how business and science work together for future development. The new agency will manage nearly BGN 1 billion in the new programming period – targeted funding for science and education. According to Danovski, the main priority of the agency is the close integration of business and education at all levels, the transfer of technology and know-how from research centers to the industry and encouraging international consortia to take part in research activities. 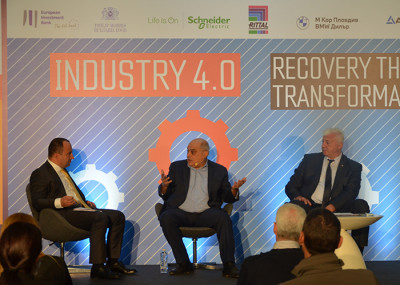 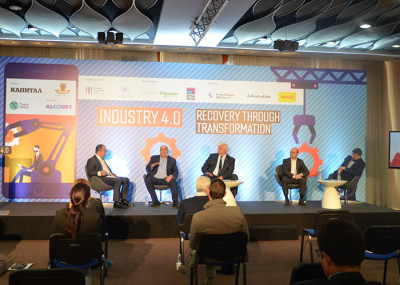