Multimillion investments around Plovdiv and at least 1000 new job positions 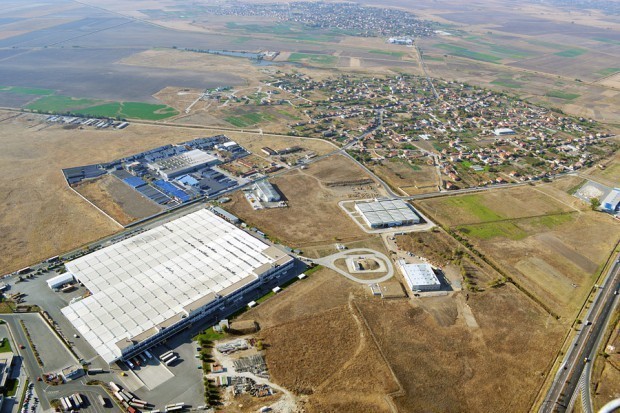 2018 emerges to be very successful for the industrial zones in Bulgaria. The stable growth in Bulgarian economy and the favourable situation in the world economy motivate the Bulgarian and foreign investors to invest million levs in new production and in expansion of already existing productions in the country. This was clarified during the 5th year conference “Industrial construction and investments 2018”, organized by “The City Media Group”, in which took part representatives of the state and local authorities and the business.

Tens of Bulgarian and foreign companies of different sectors are preparing serious investments in “Trakia Economic Zone” and also in the industrial zones in Sofia, Burgas and Ruse. The enterprises had wide spectrum of activities – from food and textile industry, high-tech productions as those of automotive parts and modern machines with digital control. About 20 companies, most of which Bulgarian will invest tens of millions levs in “Trakia Economic Zone” (TEZ). Huge foreign companies also contracted to build factories in TEZ. The investments will open more than 1000 new jobs by the end of the year.

Other companies negotiate to create their bases in the industrial zones in Burgas and Sofia. An automotive company from Germany already announced an ambitions investment plan and expansion of its production in Ruse in the next years. All the needed premises are present to have a successful year. In the first 9 months of 2017 Bulgaria reports 950 million BGN levs and growth of the investments and in the last 3 months there is 5.2% growth of the gross added value of construction. The state, the local authorities and the business are very positive and see 2018 as a year of investments. “Bulgaria is on the map of the international business as a very good investment destination”, said the deputy-minister of economy Mr. Lachezar Borisov.

“We will work in a way that 2018 to be not only a year of investments, but also of the Bulgarian investor” promised the executive director of the state agency of investments Stamen Yanev. The demand of industrial areas in the country is growing, showing significant interest toward logistic and production spaces. “

“Right now on the market there are less than 1 % of free warehouse spaces. Already there is a vivid construction; many of the spaces can be rented even before the construction being finished. My advice is – keep on with the construction, the market has never been better”, advised Vladimir Gurdjiev, head of industrial spaces and development in Forton.

In order to bring their business here, the foreign investors are looking mainly for three things – good location, proper infrastructure and qualified workers. Often they have contracts and are observing time schedules for the construction and starting the operation of the site. Due to administrative issues often the process is going slowly. The construction itself often takes less time than obtaining the permit of building, integration with supplier of public utilities or the equipment of machines on the site.

“The investors want prepared infrastructure – to come and grow their business, not to build everything by themselves”, mentioned dr.  Mitko Vasilev, head of German-Bulgarian industrial-trade chamber. A good example in that direction is “The National Company Industrial Zones”, which creates the entire needed infrastructure in advance and the investors have to develop only their project, says money.bg.

The main priority of the company is expansion and modernization of the industrial zone in Bozhurishte. “We are preparing creation of extension of avenue “Tsaritsa Yoanna”, which will make a connection between Bozhurishte and Sofia. This is a major industrial park and a project of national importance”, said Antoaneta Bares, executive director of “The National Company Industrial Zones”.