Investments for 50 million EUR are starting near Plovdiv this year. It will be built new factories for auto parts, machinery, electrical equipment, and DB Schenker Logistics will triple its logistics areas in “Trakia Economic Zone”. 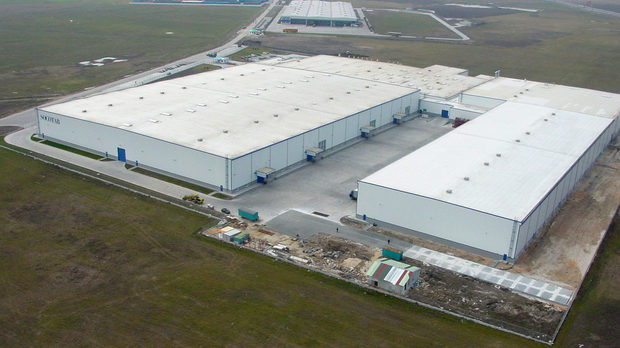 Several new factories will be built this year in the Plovdiv zone “Trakia”. The total value of the projects is around 50 million euros and they will create 1,500 jobs. The investors are mainly foreign companies from various sectors – production of machinery, electrical equipment, agriculture, etc., but most of the names are not announced yet. Visible is only the purchase of an industrial plot by the German automotive factory Willi Elbe Gelenkwellen. As a confirmation of the expected increase of the local business in this area is the plan for tripling the company DB Schenker near Plovdiv.

One of the less known new investors is the manufacturer of steering and driving technology “Willi Elbe Automotive Bulgaria” – a branch of the German Willi Elbe Gelenkwellen. A reference to the website of the company shows that it has plants in Germany, Norway, Switzerland and China, but as it is not a public company, there isn’t any information about its turnover. According to the German website de.statista.com the revenues of the company in 2013 were 135 million euros. The company was established in Bulgaria in 2014 with the total capital of 100 000 lv. In May last year “Willi Elbe” bought around 20 decares near the town Kuklen for less than 940 000 lv. Now the design has been completed and the construction activities of the new plant begin.

A preliminary agreement has been concluded with another German manufacturer of automotive parts, said the manager of “Trakia Economic Zone” Plamen Panchev, but he didn’t reveal the name of the company. An inquiry to the Property Register shows that there are no other deals for land acquisition after the purchase of “Willi Elbe”, which means that most likely the new investors will rent some areas and facilities. “This option is very topical at the moment,” said Mr. Panchev.

Among the investors, whose names remain unknown, the most advanced is the project of a company for production of machinery for food industry. The company has a foreign participation and bought more than 20 decares in Tsaratsovo village. According to Mr. Panchev’s words, the design of the factory has already begun.

At the final stage are also the negotiations with an international company in the field of electrical equipment. They have started more than half a year ago and it is expected to be completed within one month.  However, it was surely decided that the investment will be in “Trakia Economic Zone”, said Mr. Panchev. In the economic zone near Plovdiv large companies, such as ABB and Schneider Electric, have already their own factories.

A very few information and certainty have about investments of an Italian company which will develop innovative production. According to Mr. Panchev’s words, this is absolutely new production not only for Bulgaria but also for the Balkans. The negotiations have begun last year and they are expected to be completed by the end of this one.

The design of Agricenter “Kaloyanovo” has been completed and the construction activities begin. The project is a part of “Sienit Holding”, which in conjunction with “KCM 2000” is a co-owner of “Trakia Economic Zone”, and with some Israeli investors associated with the registered company in Bulgaria “Sensor”. The center will facilitate the market access for farmers, regardless of their scale. On the first stage, it will be built a market-place, where the producers will be able to cooperate each other and thereby to be suppliers to customers such as retailers which seeking large volumes. The next stage envisages to have processing plants for juice, tinned food, etc. “The agriculture sector is not underestimated, we have a clear concept of its development,” Panchev said. The total investment will be more than 500 million euros.

Besides the new enterprises, a large expansion will provide the logistic company DB Schenker, which already operates in the area. In the beginning of this year the company is planning to double its plot near Plovdiv to 4000 sq. m. by building a new warehouse. New 2,000 sq. m. are expected to be added to the existing storage in the middle of the year. In that way the company will triple its area in the Zone. The project is implemented together with “Maritza Logistics”, which develops the industrial zone “Maritza”, part of “Trakia Economic Zone”.

“This investment of the logistic company is very significant for the forthcoming expansion of the business of the other companies in the region,” said Mr. Panchev.