Bulgaria has the biggest growth in property investments among 60 countries 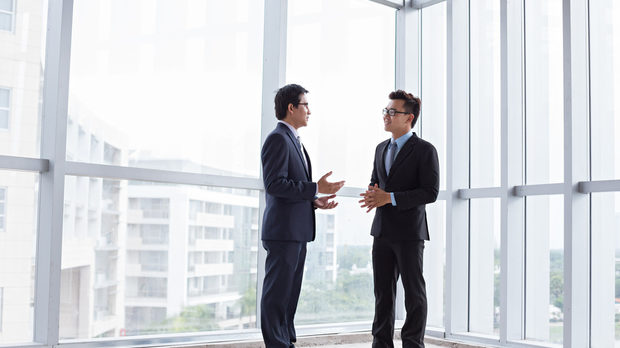 The volumes increased by 153% last year, according to the international company Cushman & Wakefield

From 60 countries in the world, Bulgaria reports the largest annual growth in the investment volume of the real estate market in 2017. This showns by the Global Investment Atlas 2018 report by the international consultancy company Cushman & Wakefield, whose partner for Bulgaria is Forton. The volume of investment real estate deals in Bulgaria has increased by 153% compared to 2016, reaching a value of 856 million euro, according to C & W’s statistics. Our country ranks 32nd place in the new investment volumes.

In 2017, the Asian real estate investors contributed the most (51% of all the invested capitals) to the global market, whose total volume increases by 8.5% compared to the previous year. Asia’s invested capital in Europe, Africa and the Middle East (EMEA) increased by 95% in one year, but North America is still a major player in this market. Europe reported an increase in investment volumes of 8.3% for the year, with Central and Eastern European (CEE) countries playing a major role in improving the result, with 19.2% more investment property deals in 2017.

How does Bulgaria perform?

Our country has the largest annual change in the volumes of real estate investments compared to 60 countries around the world. The other leaders in this indicator in 2017 were Vietnam and Indonesia, respectively by 94% and 87% growth, compared to the previous year. Cushman & Wakefield data shows that biggest decrease is reported in Colombia, Latvia and Greece.

In the report, Bulgaria ranks 32nd in the top 40 of countries where the largest volume of cross-border capital was invested in the past year. The striking penetration of South African funds on the Bulgarian property market in 2017 is the main reason for these results.

Worldwide, the return of assets in the property sector declined by an average of 12 basis points, according to the report. The profitability of the three main segments of first-class business real estate properties in Bulgaria dropped to 7.75%, respectively for offices, 8.25% for retail spaces and 9.00% for industrial areas.

For the other countries in Central and Eastern Europe, levels ranged from 4.6 % to 12.25 % for premium offices, 3.5 to 12 % for retail space and 5.75 % to 13.25 % for industrial properties. For region, the profit is lowest in the Czech Republic, and the Ukrainian and the Russian business properties have the highest return in 2017.

Eastern Europe will run the market in 2018

The experts from Cushman & Wakefield forecast this year that investment volumes in Europe will continue to grow, as markets in the east will be a major driver. The good economic performance of a large number of countries in Eastern Europe as well as the positive forecasts will continue to stimulate demand in the region and attract investors who want to grow. According to the analysis, political risks will also be important for the development of the European market, but their impact will be more pronounced in the UK, Spain, Italy, Turkey and Russia.

A moderate decline in returns is expected, but rental rates of top-rated real estate in all three major segments will grow by 2-3 % which will move the market up this year, C & W predicts.

Thanks to the sharp rise in the investment volumes, the performance of the global real estate market was exceptional in 2017, says Carlo Barrell di Sant’Albano, Cushman & Wakefield, Global Capital Markets and Investor Business Services, CEO. The good pace of the market achieved in 2017, together with the balancing of the prices, demand and supply, signaled a good year ahead, he said.